Using Hypnosis in the Treatment of Phobias 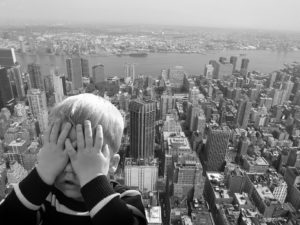 Hypnosis has been proven to be effective in the treatment of phobias. Many people suffer from a single or multiple types of phobias. For some, it can be slightly difficult, but controllable. For others, it can be extremely debilitating.

What is a phobia?

A phobia is an extreme or irrational fear of a certain stimulus. The stimulus can be a thing, an activity, or a situation. People with phobias will either tolerate what they fear with significant anxiety or they will do what they can to avoid it. A phobia can also cause panic attacks in some people. There are extreme cases wherein the phobia literally controls the life of a person.

How Does Hypnotherapy Work?

Hypnotherapy will get into the root cause of the person’s phobia. It will also eliminate their conditioned response to the stimulus. The primary goal of the hypnotherapist when using hypnosis to treat a phobia is to determine the initial event from which the phobia came.

Often, the cause is a traumatic event that happened at an earlier period in the life of a person. They may not remember this event. It could be a memory that they repressed for so long. The mind uses repression as a protective mechanism by excluding the memory of the traumatic event from the conscious mind until they are able and ready to deal with it.

To retrieve this memory, the person has to be in a deeply relaxed state. There are some techniques that the hypnotherapist can use to help the person to be focused and relaxed. The state of heightened focus and relaxation is called hypnotic trance. The unconscious can be accessed while in this state. The person is also receptive to suggestion, which would make it more likely for him to make the desired changes.

Moreover, while in the trance state, the hypnotherapist can unlock the unconscious memories of the person and bring it to conscious awareness. They will take the person back to the time and place where the traumatic event happened.

Dealing with this memory will allow the person to better understand it. This is also a way for them to view it as non-threatening. The phobia generally disappears after achieving this.

The process described above is called hypnotic regression. This can be effective, but can also be problematic when not done ethically or correctly. However, in many cases, this is not an issue.

The hypnotherapist will help the person imagine that they are facing what they fear without suffering from anxiety. They can guide the person to create new responses and thoughts about what they feared before.

The number of hypnotherapy sessions needed for the treatment of phobias varies. It also depends on numerous factors, including personality structure, how severely the phobia affects the person, how long they have had the phobia, and their maturity. It takes about three to four sessions in general, but it can take more in severe case.

It is worth considering hypnosis in the treatment of a phobia. It can help you alleviate it, and in some cases, even overcome it completely.

Like to learn more about how hypnosis can benefit you?